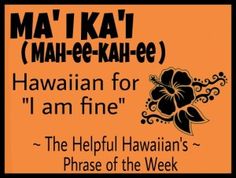 *Disclaimer: This has nothing to do with medicine, but instead, is a project for a course and has been created during the dark hours of early morning before Nick’s pager rages for an entire weekend of Call.

The experiences endured by the Indigenous tribes of North America under the forceful brutality and enslavement of colonizers can never be forgiven, and should never be forgot.  Reading through the violent accounts of millions that suffered at the hands of our nation’s “forefathers,” it was hard to turn a blind eye and not consider the parallels of Hawai’i’s recent history as well.  The seizing of our islands by early colonizers, the violent overthrow of our monarch, Queen Liliuokalani, the military overhaul, and facade of “generous” but forced labor on the Natives and Asian immigrants brought in to better serve the white settlers—it all rang too familiar.

Without the time to prepare a one-woman show like I have always dreamed of, I opted for a different medium instead.  https://animoto.com/play/RCqeH8DHoO6x1xfM7y6RYw

Here, I present the juxtaposition of the works[2] we read this week and the history and glorified captivity for profit that is Hawai’i today.  The song is performed by my uncles, Makaha Sons and Friends, and it is a rendition of “Kaulana Nā Pua” written by Eleanor Kekoaohiwaikalani Wright Prendergast in 1893, to protest the overthrow of our Monarch, Queen Liliʻuokalani.  Most people, upon hearing this song, think of it as a love song—just as they once believed that “Aloha Oe” was a love song written by our Queen.  But neither is true.  Kaulana Nā Pua means “famous are the flowers” and it is a song written out of anger and heartache over the United States’ annexation of our island, our heritage, and our Queen.

In the true spirit of Aloha, Ohana, and TribalCrit, many (and more) of these pictures and histories were gifted to me for this project by Natives, Kama’ainas, and allies of the islands, so that we may collectively raise our voices to shatter the destruction and dishonor of what historic and present-day colonialism (read: tourism) is doing to our island and livelihood.  Please remember, that all performances, ceremonies, and gift shop courtesies are not a true representation of our Native heritage. They are not for your enjoyment and adornment.  They are pieces of our soul on loan.  They are profitable, but demeaning ways in which we serve those that come to our island to spend their wealth, while we struggle to survive the import costs and taxes to live in what others deem “paradise.”

[2] Please note that due to the presentation format, some of the APA citations had to be abbreviated.  Please refer to the reference section if needed.